Re-read this classic—Ayn Rand’s fourth and final novel— just in time for the third film installment of Atlas Shrugged. (We all know the book is usually better than the movie anyway.) This Deluxe Limited Edition from Easton Press is leather bound with gold accents and is #366 of only 800 with a slipcase.

Published in 1957, Atlas Shrugged was Ayn Rand’s greatest achievement and last work of fiction. In this novel she dramatizes her unique philosophy through an intellectual mystery story that integrates ethics, metaphysics, epistemology, politics, economics, and sex.

Set in a near-future U.S.A. whose economy is collapsing as a result of the mysterious disappearance of leading innovators and industrialists, this novel presents an astounding panorama of human life-from the productive genius who becomes a worthless playboy…to the great steel industrialist who does not know that he is working for his own destruction…to the philosopher who becomes a pirate…to the woman who runs a transcontinental railroad…to the lowest track worker in her train tunnels.

Peopled by larger-than-life heroes and villains, charged with towering questions of good and evil, Atlas Shrugged is a philosophical revolution told in the form of an action thriller. 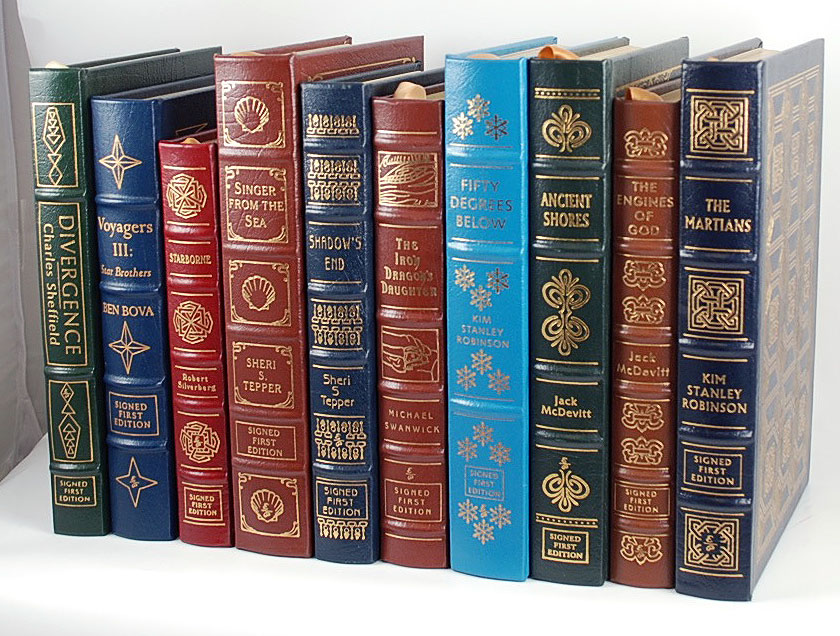