New arrival “I Know Why the Caged Bird Sings”. The autobiography written by Maya Angelou and published by the Easton Press. There are very few left in stock. Certificate of authenticity guarantees the signature to be authentic. Rare autographed book by America’s favorite poet. Free shipping anywhere in the US.

“I Know Why the Caged Bird Sings” is the 1969 autobiography about the early years of African-American writer and poet Maya Angelou. The first in a six-volume series, it is a coming-of-age story that illustrates how strength of character and a love of literature can help overcome racism and trauma. The book begins when three-year-old Maya and her older brother are sent to Stamps, Arkansas, to live with their grandmother and ends when Maya becomes a mother at the age of 17. In the course of Caged Bird, Maya transforms from a victim of racism with an inferiority complex into a self-possessed, dignified young woman capable of responding to prejudice.

Angelou was challenged by her friend, author James Baldwin, and her editor, Robert Loomis, to write an autobiography that was also a piece of literature. Because Angelou uses thematic development and other techniques common to fiction, reviewers often categorize Caged Bird as autobiographical fiction, but the prevailing critical view characterizes it as an autobiography, a genre she attempts to critique, change, and expand. The book covers topics common to autobiographies written by black American women in the years following the civil rights movement: a celebration of black motherhood; a critique of racism; the importance of family; and the quest for independence, personal dignity, and self-definition.

Angelou uses her autobiography to explore subjects such as identity, rape, racism, and literacy. She also writes in new ways about women’s lives in a male-dominated society. Maya, the younger version of Angelou and the book’s central character, has been called “a symbolic character for every black girl growing up in America”. Angelou’s description of being raped as an eight-year-old child overwhelms the book, although it is presented briefly in the text. Rape is used as a metaphor for the suffering of her race. Another metaphor, that of a bird struggling to escape its cage, is a central image throughout the work, which consists of “a sequence of lessons about resisting racist oppression”. Angelou’s treatment of racism delivers a thematic unity to the book. Literacy, and seizing the power of words, help young Maya cope with her bewildering world; books become her refuge as she works through her trauma.

Caged Bird was nominated for a National Book Award in 1970 and remained on The New York Times paperback bestseller list for two years. It has been used in educational settings from high schools to universities, and the book has been celebrated for creating new literary avenues for the American memoir. However, the book’s graphic depiction of childhood rape, racism, and sexuality has caused it to be challenged or banned in some schools and libraries.

As critic Pierre A. Walker notes, when Angelou wrote “I Know Why the Caged Bird Sings” at the end of the 1960s, one of the necessary and accepted features of literature was thematic unity, and one of Angelou’s goals was to create a book that satisfied this criterion. The structure of the text, which resembles a series of short stories, is not chronological but rather thematic. Walker believes that Angelou succeeded in emphasizing identity, racism, rape, and literacy, despite the narrative’s episodic quality. 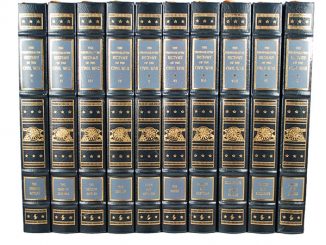