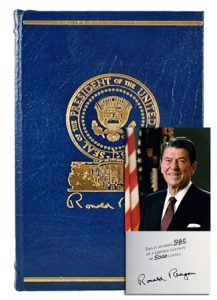 A rare and highly collectible signed presidential volume. A distinctive edition, luxuriously bound in full genuine leather. Only 5,000 were printed in this edition, each one personally hand signed by President Ronald Reagan. This is number 985 of 5,000. 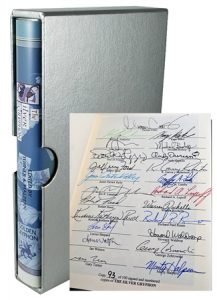 To mark the publication of its 25th book, Golden Gryphon Press has produced a 100-copy numbered, signature edition of The Silver Gryphon. Edited by Gary Turner and Marty Halpern, this anthology comprises twenty new, previously unpublished stories from the authors whose work was showcased in the first twenty-four books. This book has an individually numbered signature page that has been signed by all twenty-three contributors.

This book has an individually numbered signature page that has been signed by all twenty-three contributors: the twenty authors, the two anthology editors, and cover artist Thomas Canty. This book is Number 94/100.
View more photos and details. 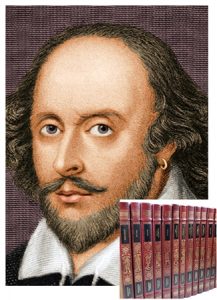 A limited edition collector’s set. A luxurious matching collection of 39 volumes. Each volumes has been luxuriously bound in gorgeous maroon premium leather, gilt decorated, and printed in a large and easy to read type font, each with full page color plates by a different well known illustrator of the golden age of illustration.
View more photos and details. 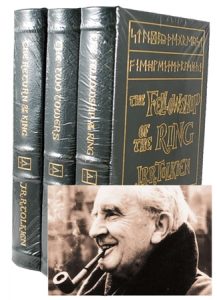 Three luxurious leather bound volumes that will bring you hours of entertainment. The Lord of the Rings is an epic high fantasy novel written by the English philologist J. R. R. Tolkien. The story began as a sequel to Tolkien’s earlier, less complex children’s fantasy novel The Hobbit (1937), but eventually developed into a much larger work. It was written in stages between 1937 and 1949, much of it during World War II. Although intended as a single-volume work, it was originally published in three volumes in 1954 and 1955, due to post-war paper shortages, and it is in this three-volume form that it is popularly known. It has since been reprinted numerous times and translated into many different languages,becoming one of the most popular and influential works in 20th-century literature.
View more photos and details. 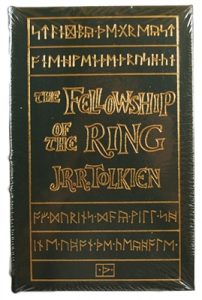 In ancient times the Rings of Power were crafted by the Elven-smiths, and Sauron, the Dark Lord, forged the One Ring, filling it with his own power so that he could rule all others. But the One Ring was taken from him, and though he sought it throughout Middle-earth, it remained lost to him. After many ages it fell into the hands of Bilbo Baggins, as told in The Hobbit. In a sleepy village in the Shire, young Frodo Baggins finds himself faced with an immense task, as his elderly cousin Bilbo entrusts the Ring to his care. Frodo must leave his home and make a perilous journey across Middle-earth to the Cracks of Doom, there to destroy the Ring and foil the Dark Lord in his evil purpose.
View more photos and details. 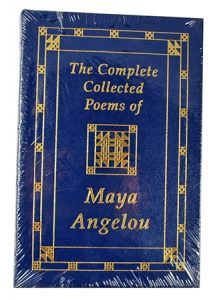 All of Maya Angelou’s published poems are collected in this handsome Collector Edition, including “On the Pulse of Morning” which was read by her at the first inauguration of President Clinton.
View more photos and details. 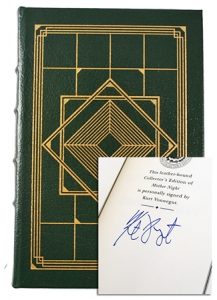 Mother Night is a daring challenge to our moral sense. American Howard W. Campbell, Jr., a spy during WWII, is now on trial in Israel as a Nazi war criminal. But is he really guilty? In this brilliant book rife with true gallows humor, Vonnegut turns black and white into chilling shades of gray with a verdict that will haunt us all.
View more photos and details. 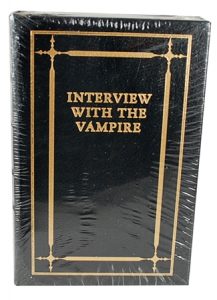 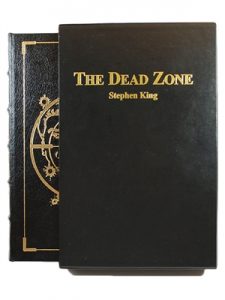 Stephen King “The Dead Zone”. The Easton Press, Norwalk CT. 1993. First Edition. Black Leather Collector’s Edition. A rare find. This is the more collectible 1993 first printing as shown by the spine design and not the later 2004 re-issue. Full genuine black leather hardcover. 426 pps. A “Collector’s Edition” illustrated by Jill Bauman. This volume also includes a custom slipcase, which has been especially designed for this edition.
View more photos and details. 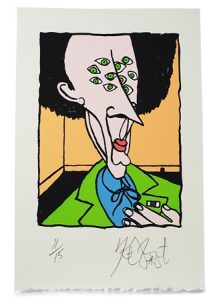 A beautiful signed Vonnegut artwork of “Purple Heart” to display in your home or office.

Published by Kurt Vonnegut and Joe Petro III in 2004. From the “Free At Last” Freedom Portfolio by Kurt Vonnegut. This hand-made signed limited edition is number 11 of only 15 hand-pulled silkscreen prints by the author. A seven color silkscreen of “Purple Heart”. 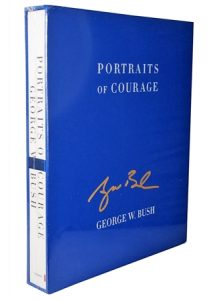 This deluxe, over-sized edition of the book is personally signed by President George W. Bush and cloth-bound with a specially designed slipcover. 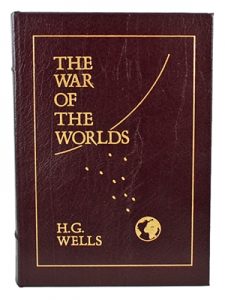 H.G. Wells was a writer of science-fiction works-including The Time Machine and War of the Worlds-who had a great influence on our vision of the future.

Born in England in 1866, H.G. Wells’s parents were shopkeepers in Kent, England. His first novel, The Time Machine was an instant success and Wells produced a series of science fiction novels which pioneered our ideas of the future. His later work focused on satire and social criticism. Wells laid out his socialist views of human history in his Outline of History. He died in 1946.
View more photos and details. 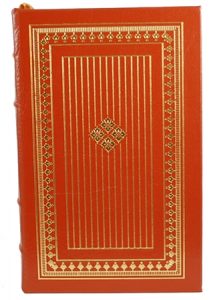 Easton Press. Truman Capote “In Cold Blood: A True Account of a Multiple Murder and Its Consequences”. Illustrated by Alan Reingold. Leather Bound Collector’s Edition. Great Books of the 20th Century. Includes the original collector’s notes from the publisher.

In Cold Blood is a non-fiction book first published in 1966, written by American author Truman Capote; it details the 1959 murders of Herbert Clutter, a farmer from Holcomb, Kansas, his wife, and two of their four children.
View more photos and details. 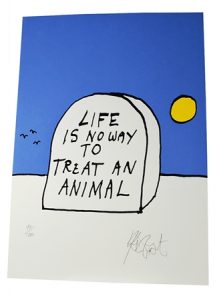 Kurt Vonnegut 2005 “Trout’s Tomb” Polychrome Edition of only 100. Three color silkscreen print on white Coventry cotton paper. This rare artwork has been personally hand signed by the artist Kurt Vonnegut in light pencil. Signed limited edition No. 40/100. Size: 10 1/4 x 14 5/8 inches. Framing options are available upon request and is not included in the price.
View more photos and details. 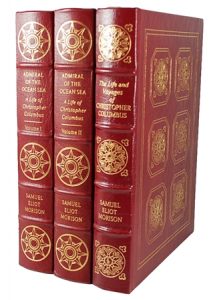 Easton Press, Norwalk CT. Samuel Eliot Morison “Admiral Of The Ocean Sea: A Life of Christopher Columbus” and “The Life And Voyages of Christopher Columbus” . A three volume matching set luxuriously bound in full genuine leather. Each volume is in Very Fine condition without any flaws. Volume 1 of “Admiral Of The Ocean Sea” features a fold-out map as shown.

A beautiful leather bound collection featuring Christopher Columbus, his voyages and life. The compass points on the spine and repeated ship tackle motif on boards are quite distinctive. A scarce set, more so in this new condition.
View more photos and details.