The Daily Beast “Book Bag” recently compiled a list of books that famous authors and scholars thought no college graduate should be released from academia without having read.

But What About the Women?

VIDA (Women in Literary Arts) were quick to point out that only one of 16 respondees suggested a work penned by a woman. They singled out Junot Diaz for suggesting no college graduate should go without reading Beloved by Toni Morrison. 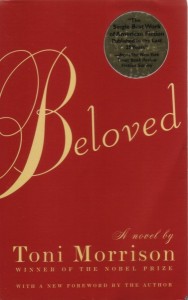 “Toni Morrison’s finest work. . . . [It] sets her apart [and] displays her prodigious talent.”

Staring unflinchingly into the abyss of slavery, this spellbinding novel transforms history into a story as powerful as Exodus and as intimate as a lullaby. Sethe, its protagonist, was born a slave and escaped to Ohio, but eighteen years later she is still not free. She has too many memories of Sweet Home, the beautiful farm where so many hideous things happened. And Sethe’s new home is haunted by the ghost of her baby, who died nameless and whose tombstone is engraved with a single word: Beloved. Filled with bitter poetry and suspense as taut as a rope, Beloved is a towering achievement.

Tell Us What You Think

Agree or disagree with any of the literary heavyweights above? Tell us in the comments section what single book you’d require college students to read.

Presidential Autographs and Why They Make Great Collectibles