Happy Fourth of July Weekend! Before we all head back to work on Monday, here’s a look at what’s been happening this week.

Two distinctive book signing events are coming up. First, Ann Leary will be joined by three Audio Book actor/narrators for a conversation on the production of audio books, particularly her recent The Good House. Then, film historian and author Peter Biskind will read from and sign his newest book, My Lunches with Orson, based on long-lost audio recordings of conversations between Orson Welles and Henry Jaglom.

Read the Book Before You See The Movie

Rumors abound that Steven Spielberg will soon be producing a new film adaptation of The Grapes of Wrath. Who would you cast as Tom Joad?

How Your Bookcases Educate Your Children

Okay, you have to help facilitate. But we’ll take you through a recent study finding that children whose parents own at least two bookcases have more success in school.

Judging Stephen King by His Cover

A look at how designer Max Phillips went about designing the cover for King’s new crime novel Joyland.

Signed Editions: A Primer for the Book Collector

A useful reference post detailing the different kinds of signed copies a collector might come across, and how to discern between them. Useful for both the beginner and veteran book collector.

Don’t forget to send us your feedback. We love to hear it. Have a great week, everyone! 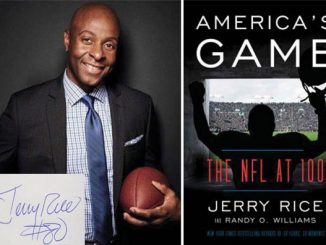 Presidential Autographs and Why They Make Great Collectibles