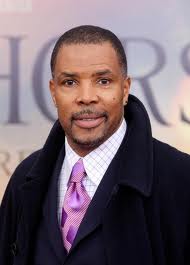 ERIQ LA SALLE discusses and signs LAWS OF DEPRAVITY A Novel. Come early the doctor will be in and we expect a full house at Esowon Bookstore.

In a 30-year murder spree, the Martyr Maker has left behind a legacy of torture and fear: 36 clergymen butchered in twisted scenes reflecting the martyrdom of the twelve Apostles. The same M.O. — Twelve murders. Every ten years. All of the victims preachers and priests. And now, the Martyr Maker is back.

The recent murder of a local priest signals the beginning of another three-week kill cycle. It falls to NYPD detectives Quincy Cavanaugh and Phee Freeman and FBI agent Janet Maclin to catch the killer even though dark family secrets, the need for revenge, and hidden agendas frustrate the team at every turn. If they stand any chance of stopping the relentless serial killer, they each must first confront their own depravities that threaten to destroy them as readily as the monster they are chasing. This is the first in a trilogy.