A new arrival to our online catalog this week. A new Easton Press leather bound set of Carl Sandburg’s “Abraham Lincoln: The Prairie Years and The War Years”.

Originally published in six volumes, Sandburg’s Abraham Lincoln was called “the greatest historical biography of our generation” that also became the definitive life of Lincoln. A rare complete set for the discerning collector. A 6 volume set, luxuriously bound in full genuine leather.

CARL SANDBURG (1878-1967) was twice awarded the Pulitzer Prize, first in 1940 for his biography of Abraham Lincoln and again in 1951 for Complete Poems. Before becoming known as a poet, he worked as a milkman, an ice harvester, a dishwasher, a salesman, a fireman, and a journalist. Among his classics are the Rootabaga Stories, which he wrote for his young daughters at the beginning of his long and distinguished literary career. 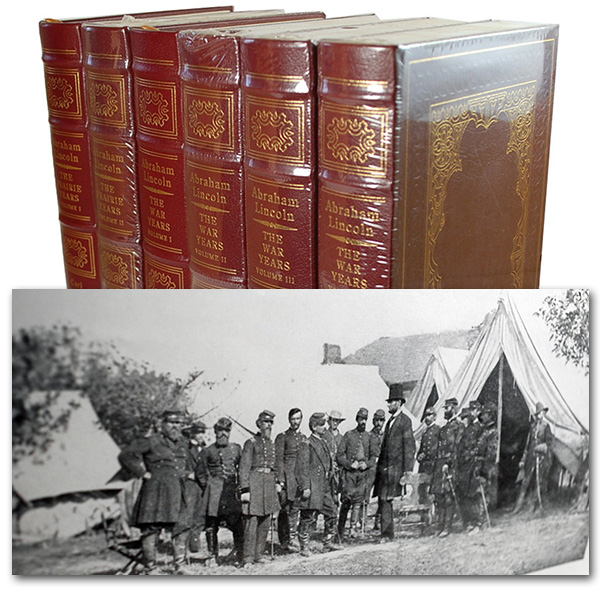