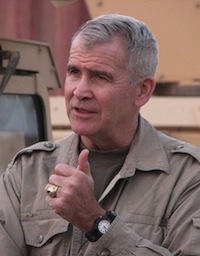 It’s the year 2032, and the president claims America is now safe from terror. We’re told Iranian nuclear weapons no longer menace our citizens. Leaders in Washington insist that United Nations treaties and innovative technologies can protect us and assure peace in our time. To save money, “Progressives,” holding power in our capital, have cut the U.S. Armed Forces to the bone.

But when the city of Houston is targeted by suicide bombers—and Dr. Martin Cohen, America’s foremost physicist, is kidnapped—the brilliantly executed attack sends shock waves around the globe. The price of fuel skyrockets. With the U.S. economy on the brink of catastrophe, leaders in Washington look for a scapegoat—instead of our missing scientist. Enter Peter Newman, a highly decorated U.S. Marine war hero, veteran of multiple high-risk covert operations—and Naval Academy roommate of Dr. Marty Cohen. The precarious quest to find and rescue his friend puts the entire Newman family in lethal peril—and exposes the most ominous threat to the United States in our nation’s history.

Only someone who has actually “been there, done that” could write this book. Filled with heart-stopping action, authentic detail, and blistering tension, Heroes Proved is the most riveting work yet from national security expert, master novelist, and real-life war hero Oliver North. 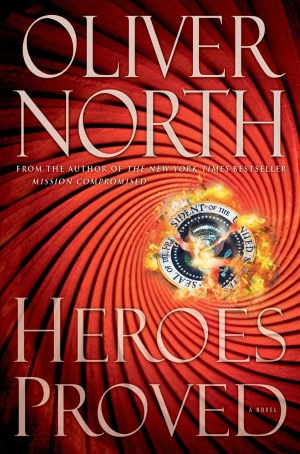