Damien Echols (alleged West Memphis Three) is the former Arkansas death row inmate of 18 years whom beloved actor, activist and humanist Johnny Depp helped free. Depp took interest in the case after seeing the HBO documentaries “Paradise Lost,” featuring the three. Since his release, Echols and Depp have become like brothers, right down to the matching black crows tattoos they now both sport. The two appeared recently at the Toronto Film Fest for the premiere of “West of Memphis.”

You may recall this footage of Depp reading from Echols prison journal at Voices For Justice Rally one year before his release.

In 1993, teenagers Damien Echols, Jason Baldwin, and Jessie Misskelley, Jr.—who have come to be known as the West Memphis Three—were arrested for the murders of three eight-year-old boys in Arkansas. The ensuing trial was marked by tampered evidence, false testimony, and public hysteria. Baldwin and Misskelley were sentenced to life in prison; while eighteen-year-old Echols, deemed the “ringleader,” was sentenced to death. Over the next two decades, the WM3 became known worldwide as a symbol of wrongful conviction and imprisonment, with thousands of supporters and many notable celebrities who called for a new trial. In a shocking turn of events, all three men were released in August 2011.

Now Echols shares his story in full—from abuse by prison guards and wardens, to portraits of fellow inmates and deplorable living conditions, to the incredible reserves of patience, spirituality, and perseverance that kept him alive and sane while incarcerated for nearly two decades.

In these pages, Echols reveals himself a brilliant writer, infusing his narrative with tragedy and irony in equal measure: he describes the terrors he experienced every day and his outrage toward the American justice system, and offers a firsthand account of living on Death Row in heartbreaking, agonizing detail. Life After Death is destined to be a riveting, explosive classic of prison literature.

Damien Echols was born in 1974 and grew up in Mississippi, Tennessee, Maryland, Oregon, and Arkansas. At age eighteen, he was arrested along with Jason Baldwin and Jessie Miskelley and charged with the deaths of three boys, now known as the Robin Hood Hill murders, in West Memphis, Arkansas. Echols received a death sentence and spent almost eighteen years on Death Row, until he, Baldwin, and Misskelley were released in 2011. The West Memphis Three have been the subject of Paradise Lost, a three-part documentary series produced by HBO, and West of Memphis, a documentary produced by Peter Jackson and Fran Walsh. Echols is the author of a self-published memoir titled Almost Home. He and his wife, Lorri Davis, live in New York City. 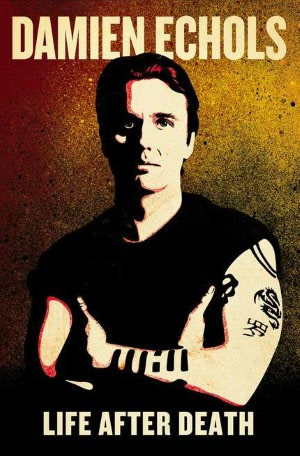