It looks as though Stephen King will likely have ushered in the New Year with 11/22/63 at the top of the New York Times Bestseller list. While the sales rankings for the week ending December 31, 2011 are yet to be tallied and released, the way it’s been trending for the last few weeks indicates the strong probability that King’s new time travel novel will have crossed the threshold into 2012 still on top.

The new thriller tells the story of Jake Epping, a high school English teacher who travels back in time via a portal in his friend’s diner, on a mission to save John F. Kennedy. 11/22/63 is King’s most critically acclaimed novel since Bag of Bones (1998). It’s also King’s longest reign at #1 since Dolores Claiborne’s (1992) seven-week tenure at the top of the list.

In recent years, King’s hardcover releases have all hit high on the New York Times Bestseller list and then dropped off quickly. Not the case with 11/22/63 which debuted at #1, fell to #2 for three consecutive weeks (with the release of James Patterson’s Kill Alex Cross, Janet Evanovich’s Explosive Eighteen and Michael Connelly’s The Drop), and then jumped back to the #1 spot in the week ending December 10, 2011—holding onto that spot for the last three weeks.

A return to the top spot…is this an anomaly? An indicator of the capriciousness of the book-buying public? Well, 11/22/63 has also retained its spot at the top of Publishers Weekly Bestseller list since it jumped to #1 on December 15, 2011. 11/22/63 has rapidly become one of King’s more popular releases. A personally hand signed copy is sure to enhance the serious collector’s library. A Signed First Edition of 11/22/63 is still available .
Order your copy today. 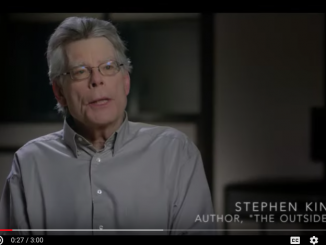 Stephen King’s “The Outsider”: Invitation to the set | HBO 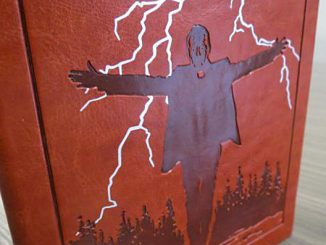