Book Signing Central is reporting that Sarah Palin will be making the rounds to sign copies of her new upcoming book “American by Heart”. This title is set to be released on November 23, 2010 and will be published by Harper.

If you are not able to attend any of the book signings, you can still pre-order a signed first edition of “America by Heart” here.

About America by Heart.
In the fall of 2009, with the publication of her #1 national bestselling memoir, Sarah Palin had the privilege of meeting thousands of everyday Americans on her extraordinary 35-city book tour. Inspired by these encounters, her new book, America By Heart: Reflections on Family, Faith, and Flag, celebrates the enduring strengths and virtues that have made this country great. read more at Amazon.

Sarah Palin is the former Governor of Alaska, and the author of the #1 New York Times bestselling memoir, Going Rogue, published in November 2009. She grew up in Alaska, where she and her future husband, Todd Palin, graduated from Wasilla High School in 1982. Palin graduated from the School of Journalism at the University of Idaho. She served two terms on the Wasilla City Council, two terms as the city’s mayor and manager, and was elected by her peers as president of the Alaska Conference of Mayors. She then chaired the Alaska Oil and Gas Conservation Commission, and the Interstate Oil and Gas Compact Commission. Palin was elected Alaska’s youngest, and first female governor, serving from 2006 to 2009. While governor, she was tapped as Senator John McCain’s running mate in 2008, becoming the
first female Republican vice presidential candidate in our nation’s history.

The Palins reside in Wasilla with their five children and one grandson. They enjoy an extended family throughout Alaska and the Lower 48. 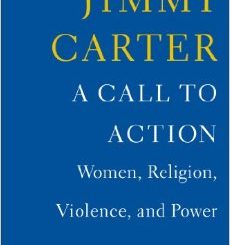 A Rare Opportunity for the Collector of Presidential Autographs