Just announced – An exclusive premium version of the signed first edition only from veryfinebooks! A small number of copies will soon be made available for pre-order. To receive advance notification of this edition’s availability, please sign up for updates on this page below. 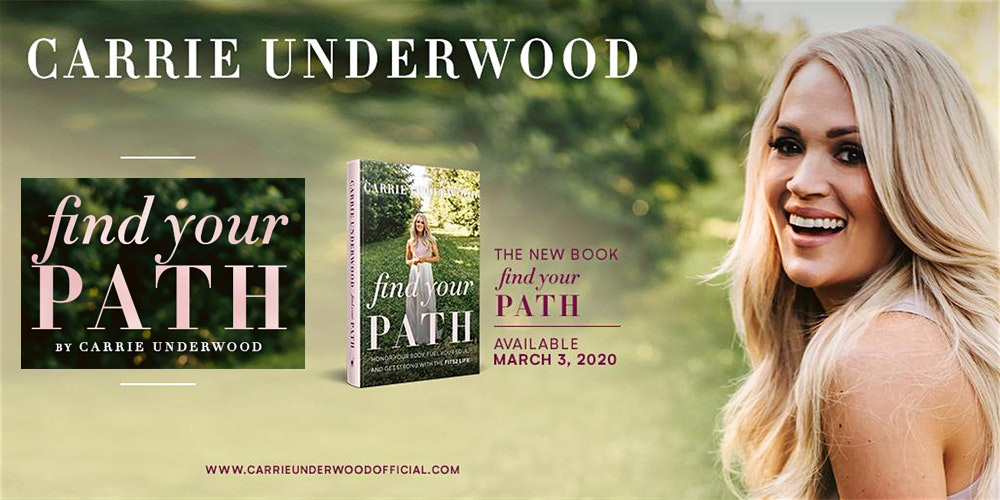 Carrie Underwood is the American super-star singer, songwriter, fashion designer, and actress. She rose to fame as the winner of the fourth season of American Idol in 2005.

Underwood has sold 70 million records worldwide. She is the fifth highest-certified female artist of all time on the RIAA’s Top Artists (Digital Singles) ranking, the highest-certified country album artist to debut in the twenty-first century and the woman with the most number-one singles on the Billboard Country Airplay chart, with 15. Her accolades include seven Grammy Awards, 11 Billboard Music Awards, 15 American Music Awards, a Guinness world record, 14 ACM Awards and nine CMA Awards. 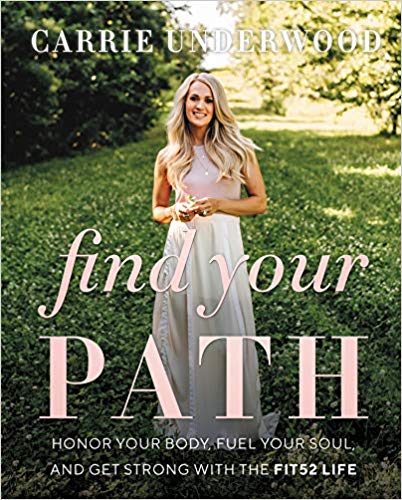 “I want to be healthy and fit 52 weeks of the year, but that doesn’t mean I have to be perfect every day. This philosophy is a year-round common-sense approach to health and fitness that involves doing your best most of the time—and by that I don’t mean being naughty for three days and good for four. I mean doing your absolute best most of the time during every week, 52 weeks of the year.”—Carrie Underwood

Carrie Underwood believes that fitness is a lifelong journey. She wasn’t born with the toned arms and strong legs that fans know her for. Like all of us, she has to work hard every day to look the way that she does! In FIND YOUR PATH she shares her secrets with readers, with the ultimate goal of being the strongest version of themselves, and looking as good as they feel. Carrie’s book will share secrets for fitting diet and exercise into a packed routine—she’s not only a multi-Platinum singer, she’s a businesswoman and busy mom with two young children. Based on her own active lifestyle, diet, and workouts, FIND YOUR PATH is packed with meal plans, recipes, weekly workout programs, and guidelines for keeping a weekly food and workout journal. It also introduces readers to Carrie’s signature Fit52 workout, which involves a deck of cards and exercises that can be done at home—and it sets her fans on a path to sustainable health and fitness for life. Fit52 begins with embracing the “Pleasure Principle” in eating, making healthy swaps in your favorite recipes, and embracing a long view approach to health—so that a cheat a day won’t derail you.

Throughout the book, Carrie shares her personal journey towards optimal health, from her passion for sports as a kid, to the pressure to look perfect and fit the mold as she launched her career after winning American Idol, to eventually discovering the importance of balance and the meaning of true health. For Carrie, being fit isn’t about crash diets or a workout routine that you’re going to dread. It’s about healthy choices and simple meals that you can put together from the ingredients in your local grocery store, and making the time, every day, to move, to love your body, and to be the best version of yourself.

Carrie Underwood is a multi-Platinum award-winning singer, songwriter, and actress. Since rising to fame as winner of the fourth season of American Idol, Underwood has become one of the most successful artists in any musical genre. She has sold over 64 million records worldwide and recorded 27 No. 1 singles, 14 of which she co-wrote, and she has gone on to win 7 , 11 Music Awards, 14 Academy of Country Music Awards, 20 CMT Music Awards, 7 CMA Awards, 13 American Music Awards, and countless other awards and honors. She has been recognized by magazine as “the female vocalist of her generation in any genre,” by magazine as one of the world’s 100 Most Influential People, and by as “Country Music’s Reigning Queen.” She has hosted the CMA Awards for 12 consecutive years, and has just been nominated for three awards, including Female Vocalist of the Year, Album of the Year and Entertainer of the Year. She returned last Fall for her seventh season as the voice of primetime television’s #1 program, . Originally from Checotah, Oklahoma, she lives in Nashville with her husband and sons.

(strict limit of only 1 copy per customer)