It is not every day you that have the opportunity to meet with a US president and get your book signed. On April 11th, 2018, President Jimmy Carter will be making an appearance in Atlanta , GA to sign copies of his book “Faith: A Journey For All”.

“In this powerful reflection, President Jimmy Carter contemplates how faith has sustained him in happiness and disappointment. He considers how we may find it in our own lives.”

Jimmy Carter, former President of the US, will be signing copies of “Faith” in Atlanta, GA this month.

Jimmy Carter was the thirty-ninth President of the United States, serving from 1977 to 1981. In 1982, he and his wife founded The Carter Center, a nonprofit organization dedicated to improving the lives of people around the world. Carter was awarded the Nobel Peace Prize in 2002. He is the author of thirty books, including A Full Life: Reflections at Ninety; A Call to Action: Women, Religion, Violence, and Power; An Hour Before Daylight: Memoirs of a Rural Boyhood; and Our Endangered Values: America’s Moral Crisis.

For a complete selection of Jimmy Carter signed books, be sure to check our online catalog.

In 2002, President Carter received the Nobel Peace Prize for his work “to find peaceful solutions to international conflicts, to advance democracy and human rights, and to promote economic and social development” through The Carter Center. He was the third U.S. President, after Theodore Roosevelt and Woodrow Wilson, to be awarded the Prize. Carter shares with Martin Luther King, Jr., the distinction of being the only native Georgians to be so honored. Find more books. 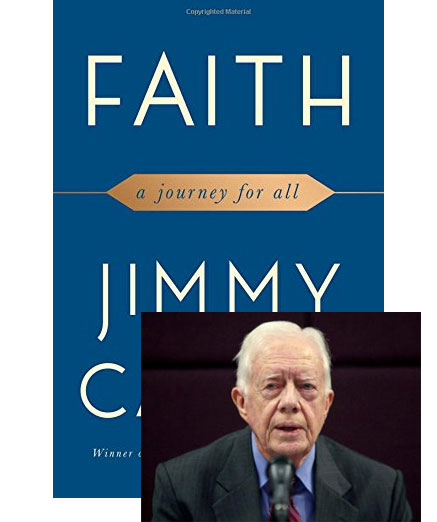