New this week are some rare and exquisite books to add to your presidential library, along with some coveted titles by King and Rowling. As always, thanks for stopping by, and if you haven’t already, sign up for our Free Newsletter and take advantage of time-saving alerts periodically sent right to your inbox, on all new arrivals, plus contests, featured book signing events, book collecting articles, special offers and more. 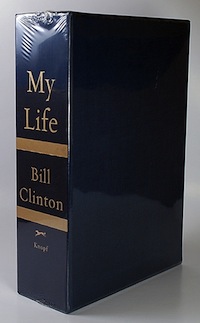 Personally signed by president Bill Clinton on a special title page.
“A unique book by a unique American.” A wonderful book to showcase in your presidential library and to enjoy for many years. A highly sought after signature by the very popular president. The signature is guaranteed to be authentic by Knopf publishers. This is the official signed deluxe autobiography of only 1,500 signed and numbered copies. Produced by Knopf publishers in 2004. Order today! 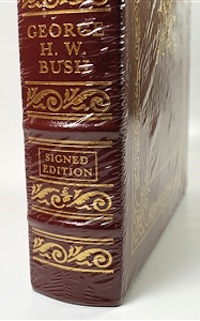 A luxurious leather bound collector’s edition, personally hand signed by President George H.W. Bush directly into the book. A magnificent edition to showcase in your presidential library or as a unique gift. Buy it now.

Condition: As New. Sealed. No markings, writings, or stamps. The condition is of the highest quality. No bookplates attached or signs of any removed. 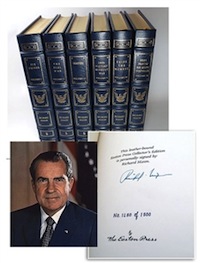 A Magnificent Signed Collector’s Set for your Presidential Library. Personally hand signed by Nixon directly into the book. See all photos here.

Condition: All six volumes are in Fine edition, protected from any dust, debris, or other foreign material. Free of markings, writings, or stamps. No bookplates attached or indication of any removed. No bumped corners and no scratches to gilded page edges. 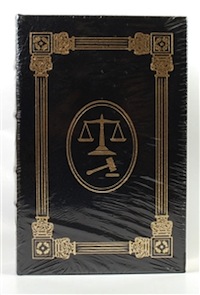 “It is the individual who can and does make a difference even in this increasingly populous, complex world of ours. The individual can make things happen. It is the individual who can bring a tear to my eye and then cause me to take pen in hand. It is the individual who has acted or tried to act who will not only force a decision but also have a hand in shaping it. Whether acting in the legal, governmental, or private realm, one concerned and dedicated person can meaningful affect what some consider an uncaring world. So give freely of yourself always to your family, your friends, your community, and your country. The world will pay you back many times over.”

Condition: As New – Still sealed in the original shrink-wrap. 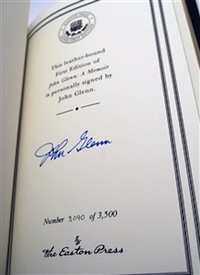 Own a piece of NASA space history. Personally signed by Senator John Glenn, the first astronaut to orbit the earth!

At a time when overwritten biographies arguably provide too much information about their subjects, astronaut-turned-politician-turned-astronaut John Glenn’s breezy memoir is welcome…read more.

Condition: Very Fine. No markings, writings, or stamps. The condition is of the highest quality. No bookplates attached or signs of any removed. Free of scratches to gilded page edges. 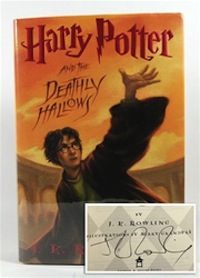 Personally hand signed by Rowling directly into the book! Invest in an Authentic, Hand-signed Edition from the Acclaimed Harry Potter Series. Order now!

With the worldwide acclaim and fervor surrounding J.K. Rowling’s Harry Potter books, the unique and engaging series has taken the literary world by storm. Whether you’re just starting your Harry Potter collection or you’re looking for that one final installment to complete it, this exclusive, hand-signed edition of Harry Potter and the Deathly Hallows will grace your bookcase with high-value prestige. 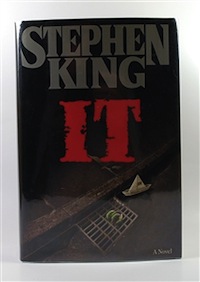 Condition: A wonderful bright clean copy in Near Fine condition with no bumped corners. Clean & straight boards. No markings, writings, or stampings. No attached bookplates or indication of any removed. Lettering graphics on spine are not faded. Bright and clear. Tight spine without any separation. 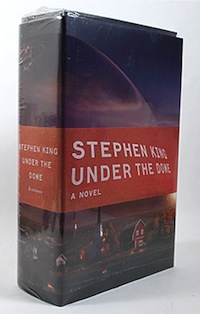 Personally hand signed by Stephen King directly into the book! This edition of Under the Dome, Stephen King’s tour-de-force new novel about a Maine town suddenly cut off by an invisible, impenetrable Dome, has a belly band around the jacket, a stamped case, four-color printed endpapers, 27 part title illustrations of characters in the book drawn by renowned New Yorker cartoonist Matthew Diffee, and a ribbon maker. View all photos here. 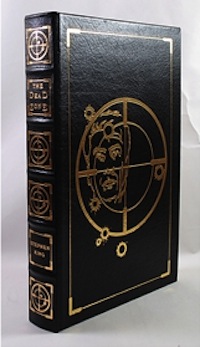 Stephen King “The Dead Zone”. The Easton Press, Norwalk CT. 1993. First Edition. Black Leather Collector’s Edition. A rare find. This is the more collectible 1993 first printing as shown by the spine design and not the later 2004 re-issue.