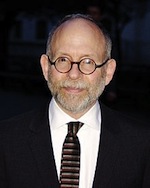 From award-winning actor-writer-producer-director Bob Balaban comes a hilarious new series, perfect for fans of Diary of a Wimpy Kid

If popularity were a score between one and ten, Charlie Drinkwater would be a zero. He’s nerdy and unathletic, and to top it all off, he’s suddenly morphed into a giant mutant sea creature sometime between first-period science class and third-period English.

Now Charlie’s two best friends are treating him like a science project, there’s a petition to get him kicked out of school, the cool kids are recruiting him for their clique, and for some reason his parents are acting like everything is perfectly normal. What’s a slimy, scaly, seventh-grade creature to do?

Bob Balaban is the author of the McGrowl series for young readers, and he has appeared in nearly one hundred movies, including Midnight Cowboy, Close Encounters of the Third Kind, Waiting for Guffman, and Moonrise Kingdom. He has been nominated for an Oscar, a Tony, four Emmys, a Producers Guild Award, two Directors Guild Awards, and two Screen Actors Guild Awards, one of which he won for his appearance in Gosford Park, a film he also produced. A Chicago native, Bob now lives in Bridgehampton, NY.

Andy Rash lives in Sherwood, Wisconsin, and has illustrated many books for young readers. He is author-illustrator of Ten Little Zombies: A Love Story and Are You a Horse?

“Bob Balaban knows this world so well, you might think this actually happened to him. Read it and you’ll see!”
-Whoopi Goldberg

“A very funny and insightful exploration of what it means to be the REAL you.”
-Julianne Moore

“With occasional comic drawings and lots of humor regarding life as a dinosaur among humans (such as the scale of reptile farts), this romp is a balm for anyone who’s ever felt awkward in their own scales err, skin. . . . A wacky story of loyalty and self-discovery.”
-Kirkus Reviews

“An endearingly quirky story about embracing oneself.”
-Publishers Weekly 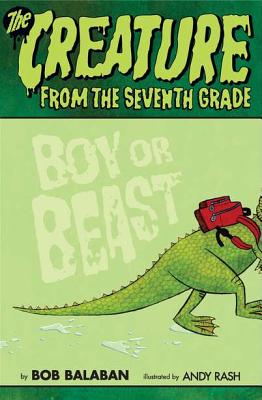