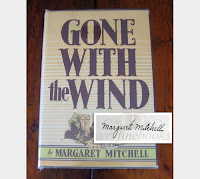 There are many reasons to collect books and many different versions of books to collect. But if you are looking to build a library that will appreciate in value over time and bring you as close as you can get to the book the author intended his readers to read, it makes sense to only collect first editions. First editions may not seem a practical choice, given their sometimes steep prices, but owning a rare book few others own and being able to cherish it in your own personal library can outweigh the impracticality of the purchase.

Here are the top five reasons why true book collectors consider first editions to be the only editions worth buying.

When you purchase a reprint of a book, especially a paperback version, you will never regain your initial financial investment. Granted, that investment may only be $5.99 or so, but if you ever go to resell that reprint, the most you will probably get is fifty cents at your next yard sale. Contrast that with the purchase of a first edition. The initial financial investment for many first editions is much more substantial than $5.99. The price tag could be in the hundreds, even thousands, of dollars. But if you hold on to that first edition, keep up its condition, and find the right buyer at the right time, you are likely to realize a profit.

First editions are also valued over reprints for artistic reasons. In older printing presses, the letters used in the plate were made from wood or soft metals. This meant that subsequent press runs would be inferior to the first “press.” The first press run produced the clearest type on the book pages. With current offset presses, legibility on any run is not an issue, but the convention of coveting a first edition is still standard book collecting practice today.

Collectors also revere first editions because they are the closest readers can get to the intended manuscript penned by the author. A first edition is the layout, typeface, and cover design originally chosen by the publisher and author. Collectors even cherish any unintentional errors in the first edition. Subsequent reprints will correct any errors found in the first edition, and perhaps there has been new text or new forewords added. These issues further remove the reprint from the original intended work.

5. Risky Business
The First Edition of the author’s first book

There is an underlying spirit of risk in a first edition. Not knowing if the book would sell well, the publisher took a chance on the author. If there are reprints, that means the book is selling well, and those copies are already accounted for by bookstores looking to fill the demand from their customers. A first edition is a symbol of the publisher’s faith in the author and his manuscript.

Some non-collectors, and even rookie collectors, don’t understand why first editions are so highly coveted. Some may even prefer a shiny, crisp new copy to an old, musty, perhaps slightly used version of the same book. But if you think of book collecting as an investment—in terms of both financial and personal rewards—first editions are much more likely to appreciate in value over time.